In the post "Look Out Music City, Cause I'm Here Now and I Ain't Never Leaving" we visited Nashville and held a wonderful first time event there. However, I forgot to mention a truly heartwarming moment. I was in the midst of setting up the event the day before, and a lanky older gentleman  in his late 60's, early 70's walked in. I asked him if he was there to speak to the venue manager.
He said "No I was wondering if this is where the Gluten Free event is going to be held?"
I smiled and told him yes. He said, "Well I drove all the way from Georgia and need to go to a grocery store before checking into a hotel, so I wanted to leave my truck in the parking lot and stretch my legs"
I wanted to hug him for being so persevering to drive all that way by himself. It is these moments that give me the fuel to keep plugging along ever harder and never give up on fighting the good fight.

After Nashville's event, I thought I would drive on out to Little Rock Arkansas to set up our June 21 event there. It was only 6 hours by my calculations and GPS, so I loaded up and headed on the road. A couple of hours into the trip, I saw a billboard sign for Loretta Lynn's ranch and RV Park. This would be of no consequence, but there's a reason it caught my eye. 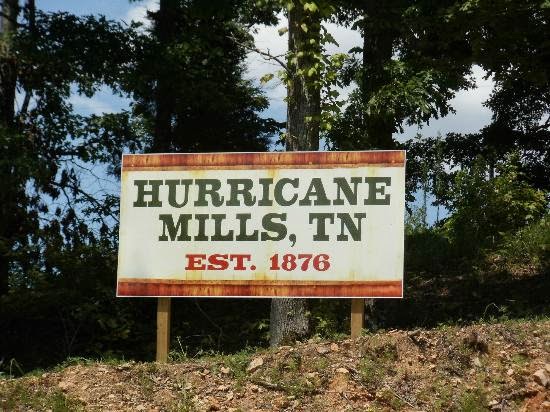 When I first started traveling and doing events, there were two new events to plan - One in New Orleans, LA and one in Omaha, NE. So, I had this great idea to take my daughter with me on a road trip to both and she could get exposure to new cultures in her own country, see some sights along the way, and get a new appreciation for how hard Mommy's job is. We live at the edge of Virginia and NC in Appalachia, so we headed up through Southwest Virginia and into Kentucky.

My Doodlebug likes some country music and plays mandolin in bluegrass. Ever since she was little, she loved Johnny Cash, Willie Nelson and Loretta Lynn. From the movie Coal Miner's Daughter, I knew Butcher Holler(Hollow) Kentucky was the birthplace of Loretta Lynn, so I looked it up. Sure enough, several people had written about how to find Butcher Holler. The directions take a whole web page to figure out, but I'm up for an adventure any time. 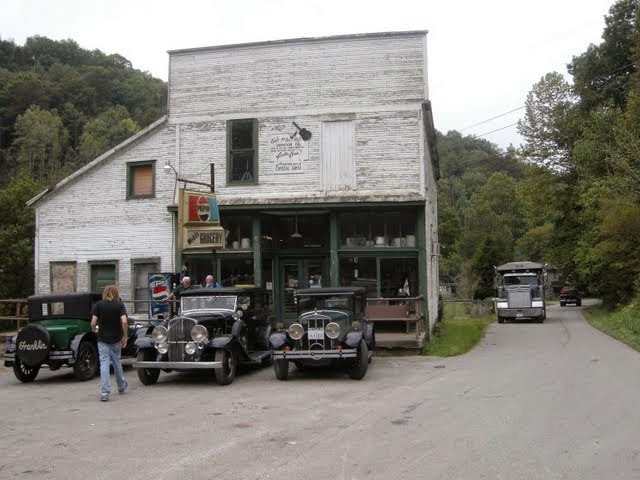 1. You have to find Van Lear Kentucky which was a coal miner's camp originally, now turned into a very small township.
2. Once you get to Van Lear, there are no signs to find the General Store, but you must find it to get to Herman Webb, Loretta Lynn's brother.He runs the tours at the cabin.
3. If you can't find the general store (we never did see it), you can try to find Butcher Holler, but there are no signs to follow. The only sign for Butcher Holler is a rock. 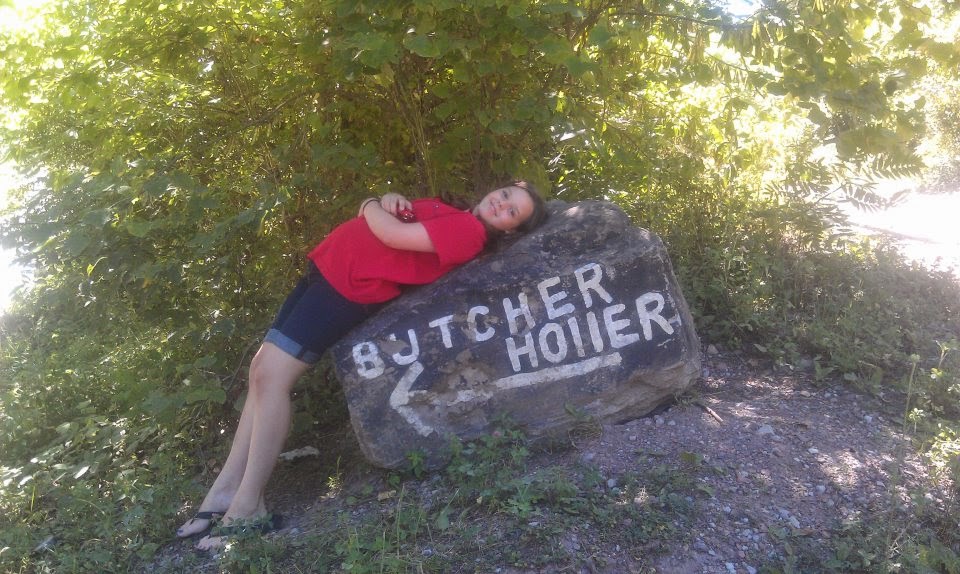 Doodlebug and the rock

4. Once you find the sign, you follow a winding mountain single lane road until it dead ends
5. You'll see the sign for the cabin as you turn into the only driveway. 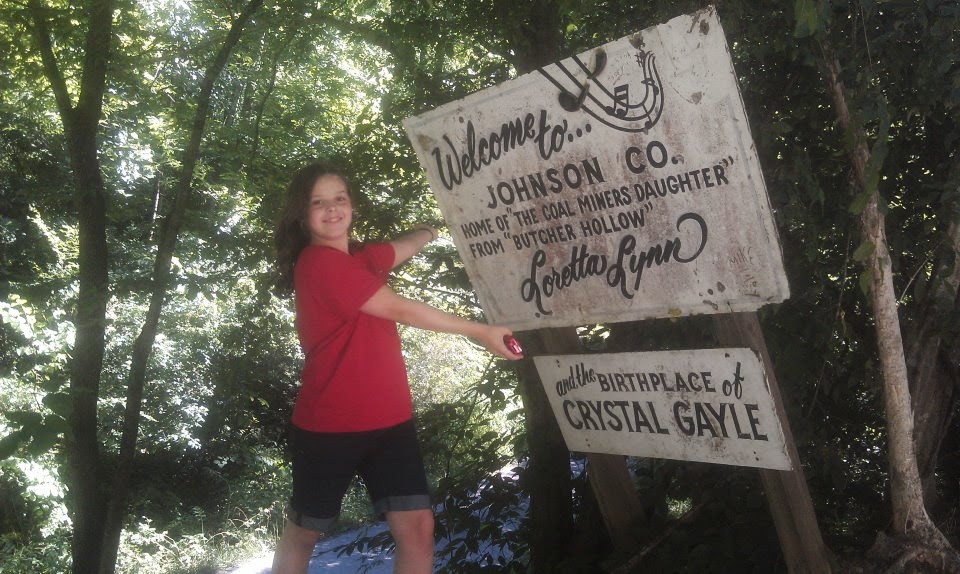 6. If you didn't find the general store, you might get lucky like we did, and happen upon Herman giving another tour for $5 per person 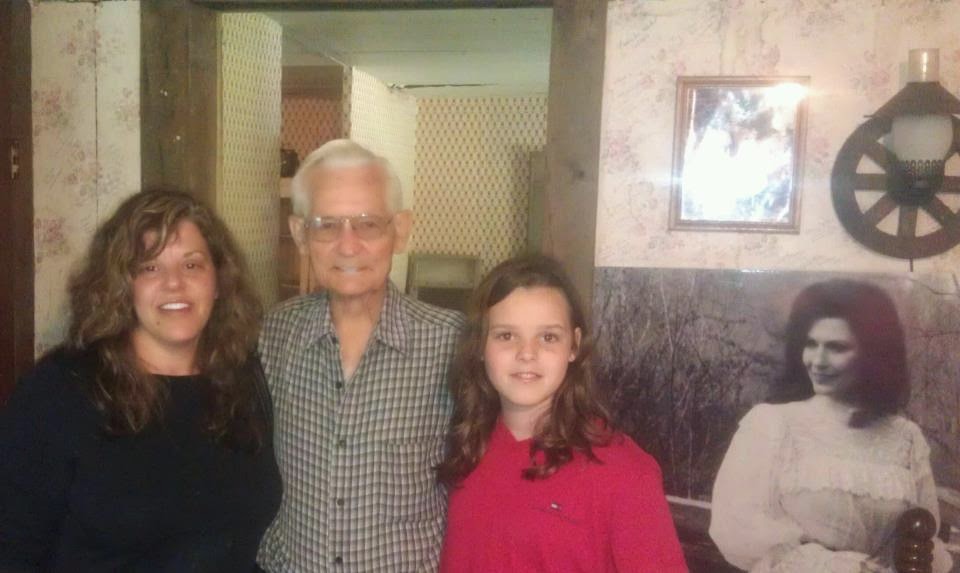 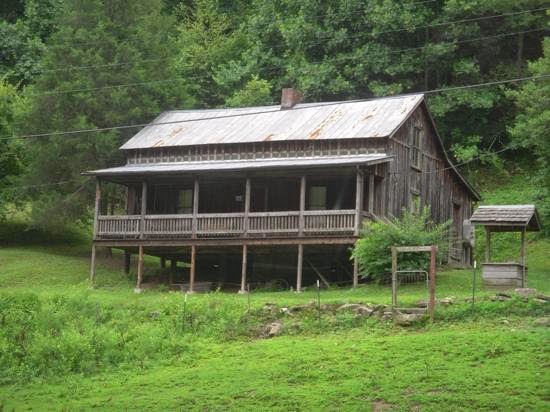 This is why I was compelled to stop at Hurricane Mills TN to see Loretta's mansion and park. I felt like it was a completion of circles, so to speak. Doodle wasn't with me, so I took lots of pics and recorded a video for her to see when I reached home. 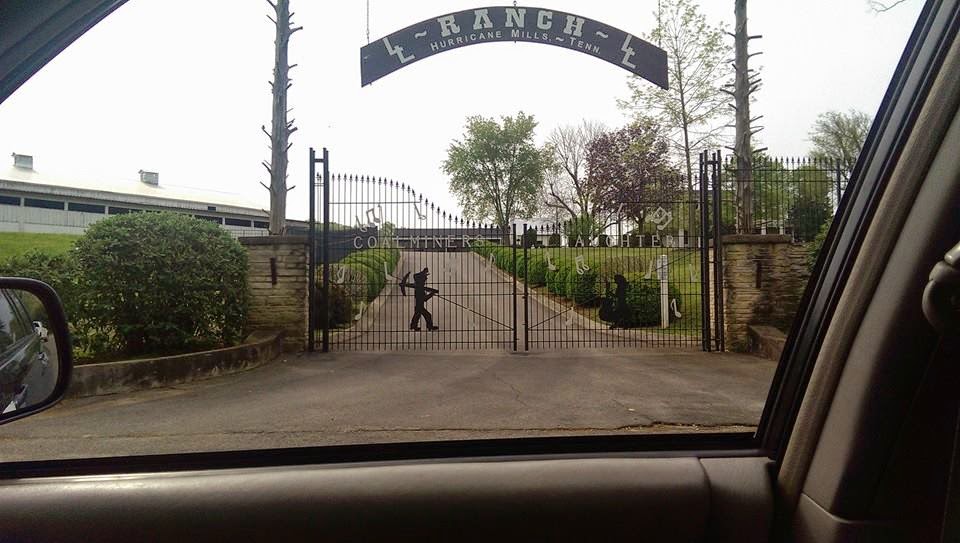 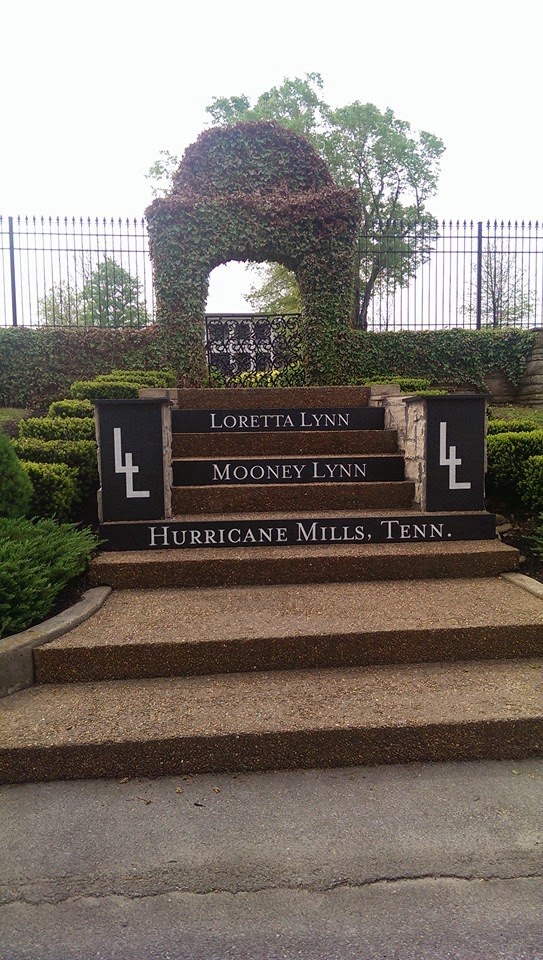 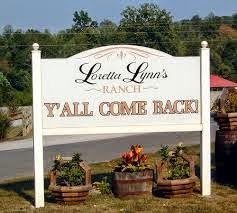 With a smile on my face, I traveled back to the interstate to continue my trip to Little Rock AR. Unbeknownst to me, the stormy gray skies were waiting for my arrival to Clinton's home city before dropping an EF4 tornado. But, we'll save that story for next time.