FREE Webcast St Louis Part I - Being a Teen on Gluten-Free, Advocating for Gluten-Free, & Does Grain Free Make a Difference? 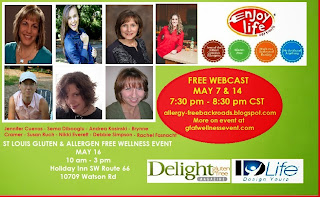 It's almost time for the St Louis Gluten & Allergen-Free Wellness Event on May 16 at Holiday Inn SW Route 66 from 10 am - 3 pm! Last year was their first event, and they made me fall in love with this mid-western but Southern town in a big way. The people are so nice in Missouri, they remind me of people here in Carolina. And the local resources they have are quite tremendous when you put them all together in one place. Which is why you have to come check it out!

Even if you can't come to the show, or if you are a little curious about what types of information you will find, then please stick around and join us here for the pre-event webcasts May 7 and 14. Once again, we have so many speakers that there will be two parts to the web casts.
You can view our esteemed speaker presentation schedule for the day of the event here: www.gfafwellnesspresentations.blogspot.com/

As usual, you may listen in live or anytime after the date of the show.
Each webcast will have the following speakers on dates given:


My daughter, Erin, is 14 years old today. This isn't national news, but if it weren't for her, I would not have known about the gluten-free lifestyle to begin with and Gluten and Allergen Free Wellness Events would not be in existence. Her celiac disease diagnosis in 2008 sent us hurtling into an unknown void of special dietary requirements. Because of her struggles, I became a R.O.C.K. (Raising Our Celiac Kids) leader in 2009. Because she missed so many foods, we started doing expos in Charlotte NC and now all over the United States.

As she grows into a young woman, she takes on the role of advocate and helper to her younger fellow celiacs and others who attend the events. Being that her school has only 175 students enrolled, she is a trail blazer for them to understand dietary needs and most of the time she gets through it without emotional issues. But, she has endured her share of being forgotten in planning, snide comments from school mates, and feeling different as all of our kids do. Despite it all, she is an honor student, enjoys traveling to do events a whole bunch, has aspirations to become an artist, and is already a musician - Pretty amazing stuff for a 14 year old to have accomplished.

Thousands of people all over this nation are glad you are who you are Erin.
HAPPY BIRTHDAY!

As I mentioned before, you all have Chandice Probst from Gluten Free on a Budget and Gluten Free Frenzy to thank for bringing us to Las Vegas on April 18 and she will be in this week's pre-event webcast on April 14 at 7:30 pm PST. This webcast will be full of amazing usable information and fun! 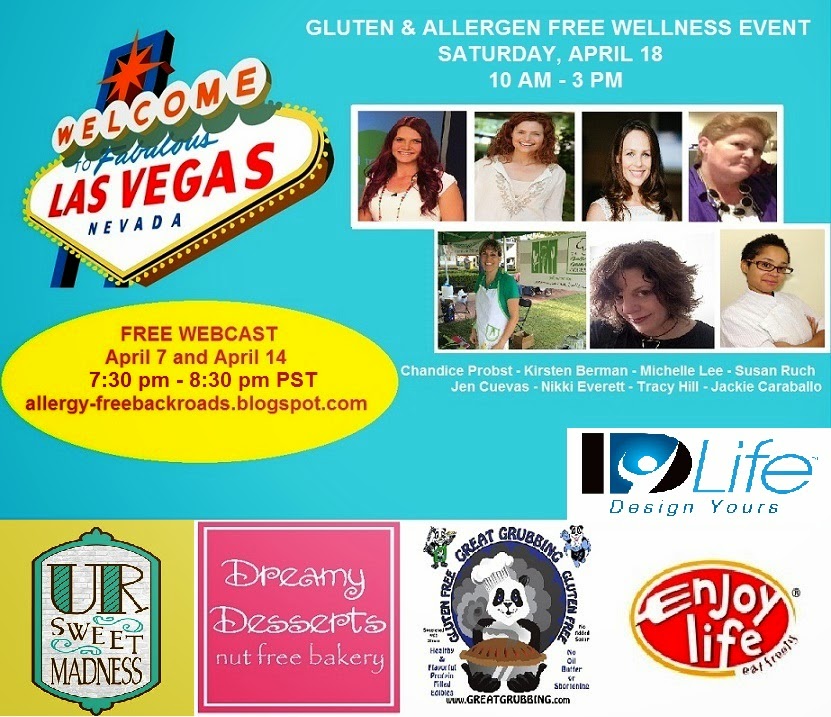 & Learn about Mesquite Flour, from Mark Moody of Moody Orchards