Where were we last? I believe I was driving across Arkansas headed to Little Rock...

I had a mission to arrive there by 6:00 pm and visit the only Whole Foods before going to a pizza place I had read about online.The sky had turned menacingly gray and the anxiousness of arriving in a new place started to fill my tired body.

Somehow through the planning of events, my talents of discovering the best of what a city has to offer in gluten and allergen free have been honed. People ask me regularly if I use Find Me Gluten Free App - My answer is rarely. The recurring problem with many apps has been that they are only as knowledgeable as the users who post them there. I have grown tired with the aforementioned app in particular because 9 times out of 10, they will only list the bigger chain restaurants and places, bypassing the smaller places where little treasures can be found. 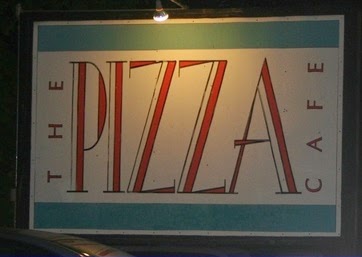 After visiting Whole Foods in West Little Rock and checking out their options, I pulled into the tiny little parking area in from of a row of houses which had been turned into restaurants. The target of my trip was The Pizza Cafe, which had received better than average reviews on their pizza. The tiny pizzeria had a few booths and tables with a definite funky mismatched feel to the decor. They greeted me and sat me down at a booth with a menu. With a glance up to see the weather coverage on the big screen TV, signalling a tornado watch and severe thunderstorms, I ordered a veggie pizza and pulled out my laptop to make hotel reservations while I ate. 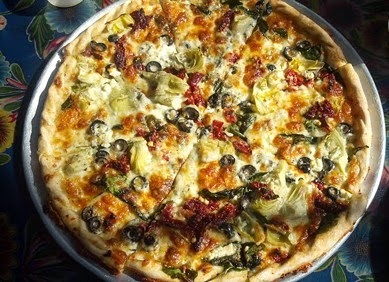 All of the sudden, my phone started blaring the emergency warning simultaneous to the TV doing the same. Having never heard that before, the rush of adrenaline instantly overtook and I fumbled to silence the phone. The TV weatherman began describing a tornado on the ground 10 miles from my location as the sky became pitch black outside the large glass windows. The trees visibly started bending and twisting as I scanned behind me through the stormy parking lot.

My eyes must have grown as big as saucers as the waiter let out an expletive under his breath He laid down the pizza with hesitation as we both watched the weatherman excitedly describe the debris signature and what that meant, which didn't thrill me in the slightest. The lights began to flicker and the plate glass windows gave a rattle. I could only watch the people working there thinking, if they panic, I am panicking! The manager phoned his wife and kids and it seemed like time stood still.

News coverage of the town hit by Tornado in Mayflower,
20 miles Northwest of Little Rock

Being a mountain dweller, you watch the TV when they report a tornado having hit somewhere, and you are glad you don't have to worry about knowing what to do for a tornado,or a flood if you are protected on a hill. Those moments just never happen. So to say I lost most recollection of what to do in a tornado would be more than accurate. My mind was quickly assessing the checklist of what to do, but looking back, I realize I would have had little time to do much, but take cover and hope for the best.

I left the Cafe once they gave the clear on the TV, headed straight to the Wyndham hotel. As I checked in, I asked the concierge if they would wake up guests if a tornado touched down again. The helicopters and ambulances bringing in the injured from Maumelle and Vilonia kept signalling the reality that I was lucky to be alive and injury free. 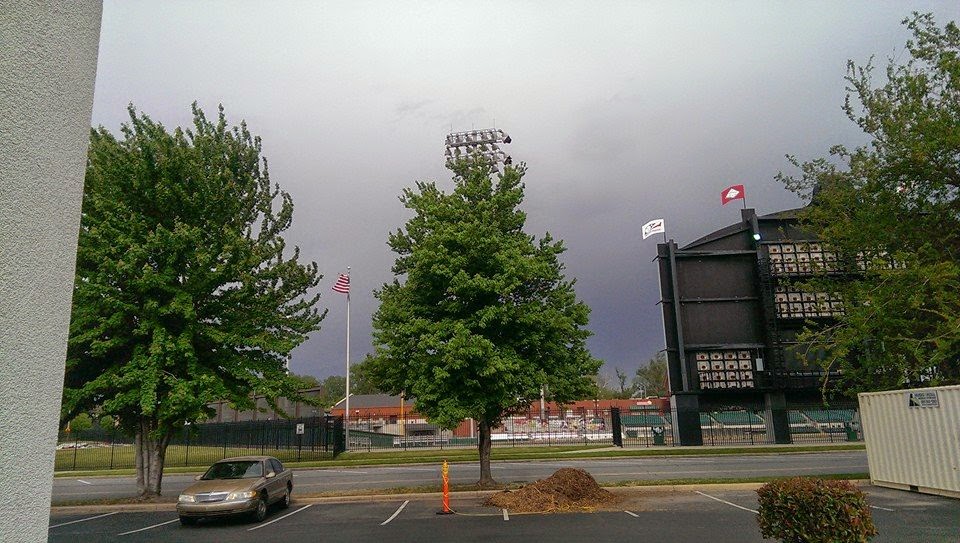 
Awakening as the rest of Arkansas did, turning on the TV to see the devastation and the sad reports of 16 dead, I realized even more how lucky I was. I called my parents so they wouldn't have a heart attack when the news reached them and I resigned myself to staying put as the weather marched on through Tennessee, Georgia, Mississippi and North Carolina for the next three days. Call it survivor's guilt or just humanity, the sinking feeling of knowing there were people without any food or home to cook it in kept my heart heavy.

Taken from the National Weather Service:
Around Mayflower (Faulkner County), there was a story about a family with a basement on Lake Conway, and they shared the basement with a lot of local residents. While the house took a direct hit from the tornado, they all made it. Then there was the story about the Air Force airman in Vilonia (Faulkner County) who shielded his daughter from the monster we all know about now. His mission was successful, but he lost his life. Today, his daughter calls her daddy a hero. Not far away, a college student knew it was going to be bad, and he was scared. But even in a time of crisis, he thought to send a text: "Goodbye, mama." Those were his last words, but what a gift to his mother. Another local resident got a call from his father, and was told a tornado was coming. The man took his sons to an interior room, but thought it might not be enough protection. They ran to their truck and headed to a community safe room. It was a wise decision. When they returned, the house was gone. And then there was the woman in the same area that tried frantically to reach her friend following the storm. No luck. She sent her husband to find out what happened. When she texted him, there was no answer at first. According to her blog, her texts became frantic: "Are they hurt? Are they alive? Miah (her husband), please tell me they are alive." His response: "I can't." Her friend survived (with extensive injuries), but her two boys did not.

The stories of people living the events greatly affect those covering the events. Even here at the National Weather Service, there is a feeling of helplessness when a tornado is tearing up the countryside. The mission of protecting life and property is the focus, and we hope people are getting the warnings and finding shelter. But when the reports roll in, and the words are filled with suffering, that's hard to deal with at times. As one of our local forecasters wrote recently, "I'll never be the same again. I’ve worked many severe weather days - and a few tornadoes. But this one was different. The only thing I can think of is that I have more years as a husband and father under my belt. You really have an understanding of how precious and fragile life is and can be. And you try to take it less for granted."

If you want to help those affected by the tornado in Little Rock, please
read this article in Soiree for links to donate.

Join us next time as we tour the best of allergen free in Little Rock, eat the best Beef Carpaccio I have ever tasted, learn about Hot Milk Cake, and more on Allergy Free Back Roads...